THINGS TO KNOW ABOUT KUNDALINI

Karmik Channels has noticed an influx of individuals going through Kundalini awakening, especially in the past year. We understand the difficulties people may face when they begin to experience it with no support, so we have decided to change that. We will now be hosting a Kundalini Support Meetup Group.

Mainstream medicine does not acknowledge this very real spiritual awakening along with the emotional and physical symptoms that accompany it. They have no knowledge of it and therefore are unable to assist anyone with it. They would label those experiencing it as having some mental illness because many going through Kundalini begin to hear the voices of spirits and feel the energy of the planet. Although it is primarily a spiritual phenomenon, people with Kundalini feel very physical symptoms as a result of being in tune with this energy in such a profound way.
Kundalinin Awakening MN

The ironic part is the caduceus which has been associated with the medical industry is itself a visual representation of the Kundalini, It features two snakes winding around an often winged staff. The staff represents the spinal column, and the serpents represent the way the energy often feels, people, at times, have described it as feeling serpent-like. 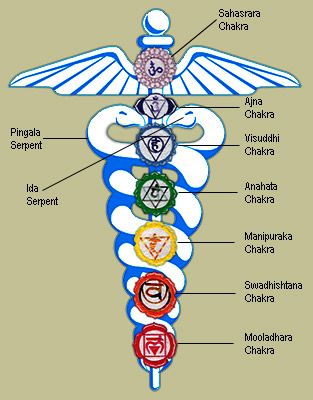 But due to some people’s traditional religious upbringing, they begin to think they are possessed or there is something evil about the energy because we have been trained to associate serpents with evil.

Many people become fearful of this experience if they don’t understand it because they are often told by others, who do not understand Kundalini, that they are mentally ill or that they are possessed. When in fact neither of these is the case. The people who claim this usually have no background in working with spiritual energy and are usually coming from a place of fear or a place of ignorance.
Kundalini Awakening MN

Kundalini is a process of Spiritual Purification that can be activated after traumatic experiences, through deep meditative states or other means. It should not be feared. It can be challenging at times as the Universal energy works to purify and cleanse your chakras. As it goes about this process, you will be confronted with any unresolved emotions and mental attitudes you need to heal before you can ascend to a higher consciousness.
Kundalini Awakening MN

In the beginning stages of Kundalini some fear it because they do not have enough knowledge, nor do they understand this spiritual purification process. Western philosophies do not teach about it. So many people fall back on religious beliefs to try to explain it and they can become convinced that they are possessed by an external force when in fact they are not. One of the other things that is all too common is people attempting to medicate away the Kundalini through the use of psychotropic drugs.

Scott Polstein, our apprentice has shared this youtube channel with us, as he is going through Kundalini, and he has found the information contained within extremely beneficial. The two videos below will give you an idea if you are experiencing a Kundalini Awakening.

Changes WILL Happen As You Evolve and Ascend to Higher Vibrations- Don’t Panic!