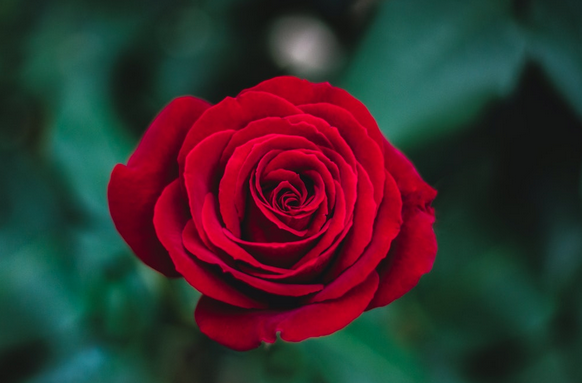 That may be true for flowers but not necessarily in regards to people and their personality traits.

What’s in a name you ask? Well, first consider the name your family gifted you with soon after you were born. To keep things simple, let’s use what Shakespeare was referring to, ‘Rose’. A very short sounding name, (only one syllable), yet resonates so well with what we consider beautiful. Emotionally the name evokes love, romance, forgiveness, peace, joy, attraction; etc.  name awarded to thousands upon thousands of individuals over the centuries.

However, if you dig deeper…

The name Rose originally was a Norman form of a Germanic name, which was composed of the elements hrod “fame” and heid “kind, sort and type”. The Normans introduced it to England in the forms Roese and Rohese. – Click to See Source

To put it simply, the primary name that we go by in society, whether it be our first name, a nickname, or whichever name we have people call us, is the primary and strongest vibration. Each name, if you trace it back far enough, has a meaning and that meaning is like hearing and speaking an affirmation to yourself, so it is important to learn the original meaning of your name. Names can have one meaning or a few depending on the language of origin and subsequent translations.

Let’s use Jill’s former middle name as an example. The name Marie, given as a middle name for many women who were born in the 80’s and 90’s.

Origin of the name Marie: French cognate of Mary, which is derived from the Hebrew Miryām, a name of debated meaning. Many believe it to mean “sea of bitterness” or “sea of sorrow.” However, some sources cite the alternative definitions of “rebellion,” “wished-for child,” and “mistress or lady of the sea.”  – Click to See Source

Needless to say, when Jill found this meaning, in the process of changing names, she immediately decided to drop Marie as her middle name.

You would never call your child “Sea of Bitterness.” However giving them the name Marie, could be considered the equivalent, on a quantum vibrational level.

Again, the first name is by far the most important, at least in Western Society because this is our primary name(vibration) we are called by. Have you ever noticed that people who have the same first name seem to have almost the same kinds of strengths, struggles, personality traits and often will pursue similar fields of interest for a career? However, you must also take into account the spelling of that name as well. There is a big difference in the overall energy with variations of spelling. For example, Catherine vs. Katherine.

Granted there are always outliers to this “rule of thumb.” Some exceptions we have found to this name game are the following, people who go by a nickname or another preferred name; such as if your given name is Catherine but you go by “Cathy” or “Kate” which would alter your vibration. Other exceptions are people who do not resonate with their first name but still go by it anyway. Also some highly developed spiritually advanced individuals, who use a new name that came to them during meditation.

With our ever-evolving conscious mind, more and more we are seeing new parents “choosing” unique names for their children. Many of these names the world has no record of and has never known before. We feel that this trend is being driven by fresh energy(spirits) coming in and they could be whispering these name to their parents during pregnancy or even before a child is ever conceived.

While on the subject of children’s names, it is my belief, from what I’ve learned as a medium, that it is honorable to give children a name, even if they did not make it full term and therefore may never evolve in an earthly body, but rest assured they are taken care of on the other side. By doing this, it strengthens the spiritual connection between the child’s spirit and you.

If someone you know, even if they are still a child, insists you call them by a certain name you would be wise to do so, so long as the individual is mentally competent. It can make a huge difference in their life! Listen to your gut instinct about the names you choose for your children, do not be swayed by others because it could lead to the individual having an identity crisis later on. For example; If you want to name your boy Joey but instead are considering John, at the insistence of pushy friends or family members, you should seek out answers through meditation and possibly seek guidance with a medium or another light energy worker. Likewise, if your adult children start the process of changing names legally, first, middle, last or all of the above, do not be offended, that is part of the natural evolution. Do not feel obligated to carry last names that are burdensome.

Another way of looking at names is numerology, which again comes down to vibration. There are many people who have much more knowledge of numerology than I do and would break it down numerically to give you another understanding of this name phenomenon. If you would like to delve further into your name’s meaning, we suggest that you reach out to our dear friend, Graysee Allin Hempel.

~ Caught in the Light!