“If you don’t like the world, you’re living in create a new world!” I once told this to a group of people while teaching on metaphysics and I also told them that being “intuitive” plays a big part in this creative process, if you know how to direct it to accomplish such a great task. They were taken aback by this statement of being able to create a new world. “Kun fa yukun” God said be, and it became.  You have the ability to literally speak things into being, in other words, create a new world.  SAY WHAT?!? Being intuitive is just the beginning.

Ask yourself; “What kind of world do I want to live in?”

What Kind of World Should We Create?

It starts with you and within you.  You begin by creating your own personal circle of power.  You and only you can decide what you want to have in that circle.  Then you begin to create it.  Then, intuition begins to come into play and then you start to expand your circle outward slowly at first.  Then everything you want, you begin to speak into being.

What do you want to create in your world?  Do not invest in the world but, begin to invest in yourself.  Stop waiting for others to change the world for you when you can do it yourself.  There are three kinds of people in this world;

As I said intuitiveness is nothing more than an extension of the use of the force.  Learn to rely on this more than your five senses and you will accomplish much to be able to create the life and the world that you want. 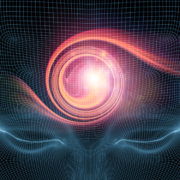 Intuition and The Force
0 replies

Intuition and The Force